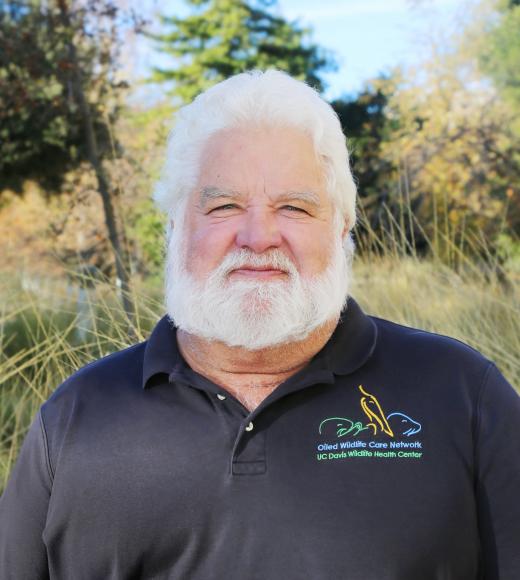 Tim began working for the Department of Fish and Game at the Wildlife Investigations Lab in 1989. He transferred to the DFG Office of Spill Prevention and Response to oversee construction of the Marine Wildlife Veterinary Care and Research Center, and contributed to the completion of the Los Angeles Oiled Bird Care and Education Center. Tim served as a manager for DFG Wildlife Areas in Del Norte, Humboldt, and Butte Counties from 2001 to 2011, and then returned to oil spill response with the OWCN. He has a wealth of experience in engineering, construction, and equipment operation, as well as animal capture and handling. During spill response, Tim manages the rehabilitation facility and serves as the Safety Officer.